Medieval art of the Western world covers a wide range of territories and times, over 1,000 years of art in Europe, and at times in the Middle East and North Africa. It includes the main artistic trends and periods, national and regional art, genres, revivals, applied art and the artists themselves.

Art historians try to classify medieval art into major periods and styles, often with some difficulty. A generally accepted outline includes the following: late phases of early Christian art, Migration Period art, Byzantine art, Insular art, pre-Romanesque art, Romanesque art, and Gothic art, and many other periods within these major styles. In addition, each region, mainly in the process of the formation of nations or cultures, had its own special artistic style, for example, Anglo-Saxon art or Scandinavian art.

Medieval art was created in many artistic mediums, and works that survive in large numbers include sculpture, illuminated manuscripts, stained glass, metalwork, and mosaics, all of which have a higher survival rate than other mediums such as frescoes, paintings, on precious metals or textiles, including tapestries. Especially at the beginning of the period, works of so-called “applied art” and applied arts, such as metalwork, ivory carving, enamel, and embroidery using precious metals, were probably valued more highly than painting or monumental sculpture.

Medieval art in Europe developed from the artistic heritage of the Roman Empire and the iconographic traditions of the early Christian Church. These sources were mixed with the vigorous “barbarian” artistic culture of Northern Europe to form a remarkable artistic heritage. Indeed, the history of medieval art can be seen as the history of interaction between elements of classical, early Christian and “barbarian” art.

In addition to the formal aspects of classicism, there was a continuous tradition of realistic representation of objects, which was preserved in Byzantine art throughout the period, while in the West it periodically appears, combining and sometimes competing with new expressionistic possibilities created in Western Europe and northern heritage of energetic decorative elements. This period ended with the Renaissance, which was perceived by its artists as a revival of the skills and values ​​of classical art, and the artistic heritage of the Middle Ages was consequently debased for several centuries. Since the revival of interest and understanding in the art of the Middle Ages in the 19th century, it has been perceived as a period of great achievement that underlies the development of later Western art. 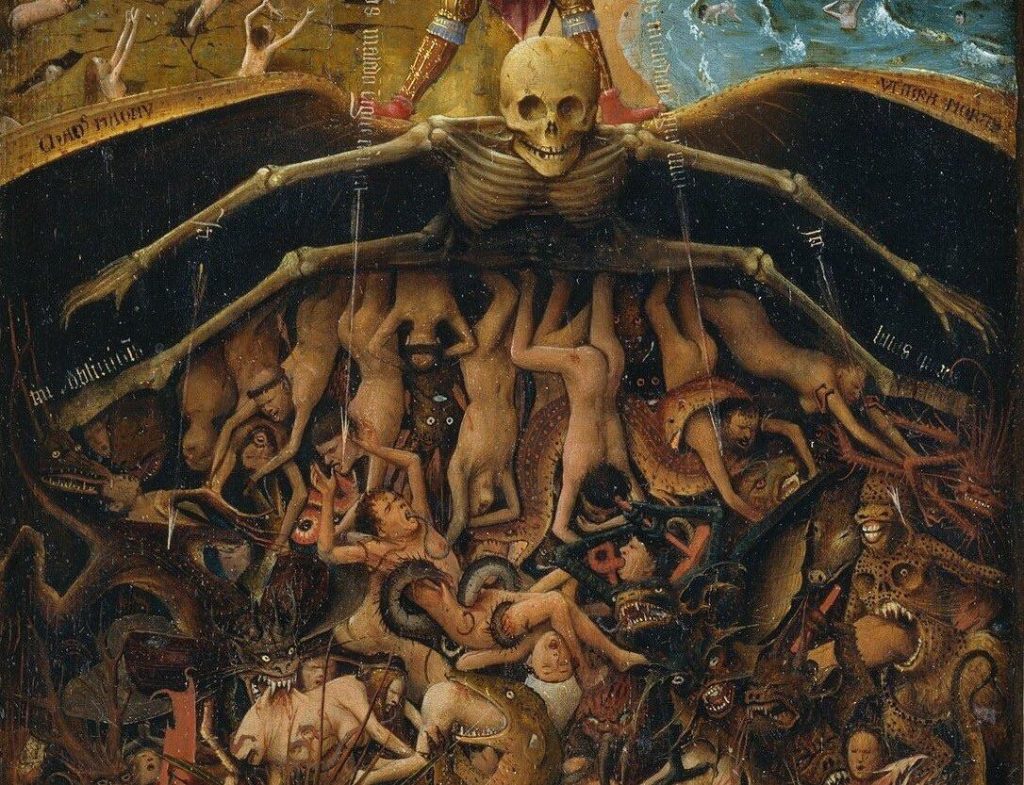 In the Middle Ages, there was a decline in prosperity, stability and population in the first centuries of the period – until about 800 AD. e., and then fairly steady and general growth until a massive setback due to the Black Death in the middle of the 14th century, which is estimated to have killed at least a third of the entire population of Europe, with mostly a larger percentage in the south and a smaller percentage in the north. Many regions did not regain their former population until the 17th century. The population of Europe is estimated to have reached a low point of around 18 million in 650, doubled by 1000, and was more than 70 million in 1340, just before the Black Death. In 1450, it was still only 50 million. Of these figures, Northern Europe, especially Great Britain, contributed a smaller share than today, while Southern Europe, including France, contributed more. The increase in welfare, for those who survived, was much less affected by the Black Death. By about the 11th century, much of Europe lacked agricultural labor, with large amounts of unused land available, and the medieval climatic optimum favored agriculture until 1315.

In the medieval period, the invasions and incursions from the outside into the territory of the “Western” world, which characterized the first millennium, finally stopped. The Arab conquests of the 6th and 7th centuries suddenly and irreversibly cut off all of North Africa from the Western world, and by the end of the Middle Ages, the Islamic peoples gradually conquered the Byzantine Empire, and only at the end of the Middle Ages, Catholic Europe, having returned the Iberian Peninsula in the southwest, once again received the Muslim threat from the southeast.

In the early medieval period, the most significant works of art were very rare and expensive objects associated with secular elites, monasteries and great temples, and if religious, were mainly created by monks. Until the end of the Middle Ages, works of significant artistic interest could be found in small villages and a significant number of bourgeois houses in cities, and their production was in many places an important local industry, where artists from the clergy were already an exception. However, the Rule of St. Benedict allowed monasteries to sell works of art, and it is clear that throughout the period monks could produce works of art, including secular ones, commercially for the secular market, and monasteries could employ lay professionals if necessary. 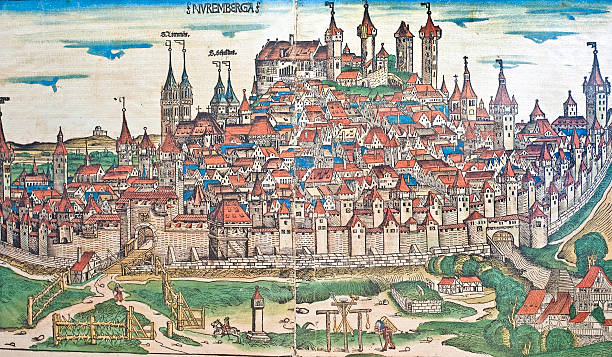 The surviving works of art may give the impression that almost all medieval art was religious. This is far from the case; although the church became very wealthy during the Middle Ages and was at times willing to spend lavishly on art, there was also much secular art of equivalent quality, which however suffered a much greater percentage of wear, loss and destruction. In the Middle Ages, there was generally no concept of preserving old works for their artistic merits, as opposed to their association with a saint or founder, and in the later Renaissance and Baroque periods, medieval art was generally looked down upon. Most of the sumptuous manuscripts of the early medieval era had lavishly jeweled book covers of precious metals, ivory, and precious stones; the newly bound pages and the ivory reliefs from the covers survive in far greater numbers than the complete covers, which were largely once stripped of their valuable materials.

Most churches have been rebuilt, often several times, but medieval palaces and great houses have been lost at a much faster rate, and this also applies to their fittings and decorations. For example, in England, churches have survived virtually unchanged from every century since the 7th, and in significant numbers for later centuries—the city of Norwich alone has 40 medieval churches—but of dozens of royal palaces, not a single one built before the 11th century has survived. th century, and only a few remain from the other part of the period. A similar situation developed in most European countries, although the papal palace in Avignon in the 14th century. remained almost unchanged. Much of the long-running scholarly debate over the date and provenance of individual pieces concerns secular examples because they are much rarer—for example, the British Museum rejected Fuller’s Anglo-Saxon brooch, deciding that it was an unlikely forgery, and small free-standing secular bronze sculptures are so rare, that the date, provenance, and even the authenticity of both of the two best examples have been disputed for decades.

In medieval art, the use of valuable materials was constant; by the end of the period, much more was usually spent on the purchase of materials than on paying the artists, even if they were not practicing monks. Gold was used for objects for churches and palaces, personal ornaments and clothing details, and—fixed to the back of glass mosaics—as a solid background for mosaics, or used as gold leaf for miniatures in manuscripts and wood panel paintings. Many objects using precious metals were made with the understanding that they could be sold in the future at the price of the material—since it was only near the end of the period that it became possible to invest in anything other than real estate, unless at great risk or without committing usury.