Early Christian art, or more generally the art of Late Antiquity, covers the period from about 200 AD. e. (before which no examples of distinctly Christian art have survived) to the full-fledged beginning of the Byzantine style ca. 500 b.n. e. There are different views as to when the Middle Ages began at this time, both in general and in the history of art, but most often they are confused at the end of the mentioned time frames. During the 4th year of the Christianity turned from a persecuted popular sect into the official religion of the Roman Empire, adapting Roman style and often iconography from both popular (folk) and imperial art. Surviving works of Christian art from the early period are mostly funerary frescoes in popular styles from the catacombs of Rome, and towards the end of the period a number of sumptuous mosaics can be seen in churches built under the patronage of the Empire.

During this period, Late Roman art went through a curiously “baroque” phase, and then virtually abandoned the classical style and ancient Greek realism in favor of a more mystical and hieratic style—a process that began long before Christianity became a major influence on imperial art. Influences from the eastern parts of the Roman Empire — Egypt, Syria and beyond, as well as a broad “Italian” spatial tradition, contributed to this process. Where classical art tended to show the profile, now the figures mostly looked at the viewer from the front, and this was later even reflected in the coins. The individuality of the portraits, which was a feature of ancient Roman art, has greatly declined, and the anatomy of the figures has become much less realistic. The samples from which Northern Europe in particular formed its idea of ​​”Roman” style were probably almost all movable works of Late Antiquity, and carved sarcophagi of this period can be found throughout the former Roman Empire; the key element of the all’antica art of the Renaissance was the desire to find “purer” classical models. 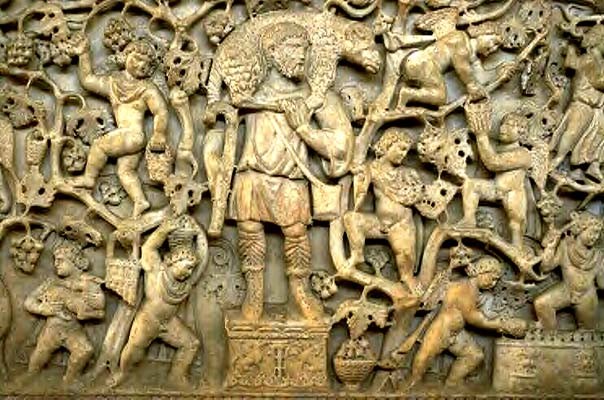 Byzantine art is the art of the Greek-speaking Byzantine Empire, which was formed after the breakup of the Roman Empire into Eastern and Western, and partly of the regions of Italy from the rule of Byzantium. It arose in Late Antiquity around 500 AD. e. and rather quickly formed a tradition different from Catholic Europe, which, however, had a great influence on the latter. In the early Middle Ages, the best examples of Byzantine art were the ideal of sophistication and technique that European artists tried to recreate. During the Byzantine iconoclasm of 730-843, most icons were destroyed; so little remains that any new discovery today provides new insight into the period. Most of the surviving works are in Italy (eg Rome and Ravenna) or in Egypt in the monastery of St. Catherine.

For religious and cultural reasons, Byzantine art was very conservative, but preserved an unbroken tradition of Greek realism, which clashed with a strong anti-realist and hieratic impulse. After the resumption of iconography, between 843 and 1453 the Byzantine artistic tradition continued with relatively little change, despite, or perhaps because of, the slow decline of the empire. One can note the revival of the classical style in works of court art of the 10th century, such as The Paris Psalter, but also throughout the entire period of manuscript illumination, shows the parallel use of two styles, often even by the same artist, the iconic (hieratic) style for figures in framed miniatures and the more realistic style for small scenes or figures in the margins of the text, added without a frame . Monumental sculpture with human figures remained taboo in Byzantine art; there are practically no exceptions. But small carvings on ivory were common (almost all in icon style), as well as relief decoration of bowls and other metal objects. In terms of the quality of the material and the work of the artists, the Byzantine Empire produced most of the best examples of medieval art. It is believed that the court centers were concentrated around Constantinople, although some art historians question the assumption that all objects of the highest quality, but which do not have an indication of the place of manufacture, were created in the capital of the empire. The highest achievement of Byzantine art are the monumental frescoes and mosaics of church domes, most of which have not survived due to natural disasters or the conversion of churches into mosques.

Byzantine art had a lasting influence on Western European art, and the opulence of the imperial court and monasteries, even in the decline of the empire, served as a model for Western rulers and religious and secular patrons. For example, Byzantine silk textiles, often with woven or embroidered designs of human and animal figures, reflecting the traditions of the much more distant East, were unrivaled in Christendom until the fall of the empire. They were produced, but probably not completely, by the imperial workshops of Constantinople, about which almost nothing is known. Even less is known about similar workshops for other types of art. Some decorative arts were less developed, for example Byzantine ceramics rarely rise above the level of attractive folk art, despite the ancient legacy and future heights of the Ottoman period (eg Iznik ceramics). 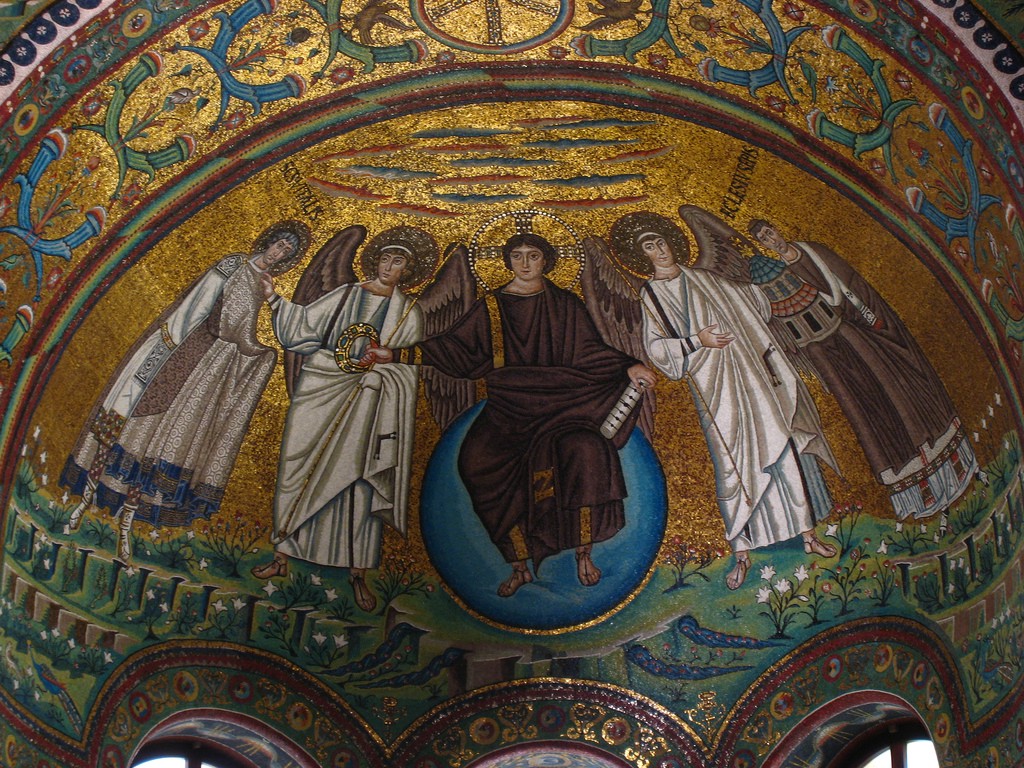 The Coptic art of Egypt followed a different path; after the Coptic Orthodox Church emerged within the 5th century, it was never again supported by the state. This art came to be dominated by local Egyptian influences, which produced completely unrealistic figures with exaggerated eyes in an almost naïve style, which plan in empty space. This, however, gave great expression and brought the “Eastern” component of Byzantine art to its logical conclusion. Coptic ornamentation used complex geometric elements that often foreshadowed Islamic art. Because of the remarkably well-preserved Egyptian burials, we know better about textiles in poor Egypt than elsewhere. They were often richly decorated with ornaments of patterns and figures. Other local traditions in Armenia, Syria, Georgia, etc., generally showed less sophistication but often more determination than the art of Constantinople, and sometimes, especially in architecture, seem to have had an influence on Western art. For example, figurative monumental sculpture outside churches appeared here several centuries earlier than in Western Europe.